Cinemasia is an annual film festival in theater “The Balie” in Amsterdam, which took place from 1 to 6 April 2014. This year Cinemasia had show more than 40 inspiring documentaries about China, Taiwan, Japan, Korea, India, Indonesia, Philippines in Amsterdam. During this festival there was a filmlab, jury and panel for Q&A present. 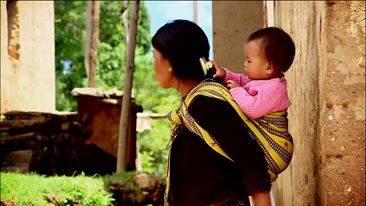 After these films there was an Skype conversation with Step Veassen, she was a correspondence for the Netherlands, but works now for Al Jazeera. She made the documentaries “Trail of Murder” and “Indonesia’s Killing Fields”. Happy Salma is producer of the film “300th Thursday”, she was on the panel with Henk Schulte Nordholt and Peter Keppy for answering the question from the audience.

If you missed Cinemasia in Amsterdam, there was also a chance to go to one of the films they show in their tour. The weekend after Cinemasia they went on tour to The Hague, Rotterdam and Eindhoven.

Two INYS members had been invited by Cinemasia to attend the Indonesian themed evening on 6 April. Thanks Cinemasia for this kind opportunity. We’ll see you next year.