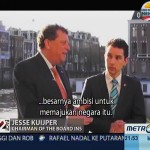 PM Rutte visited Indonesia from 20 – 22 November to boost the relationship between the two countries. PM Rutte was accompanied by Dutch Minister for Foreign Trade and Development Cooperation Lilianne Ploumen and Minister for Agriculture Sharon Dijksma, and brought along an impressive trade delegation. Metro TV – Face 2 Face followed this visit closely and in December, anchor Desi Anwar traveled to the Netherlands to further explore how our two countries will benefit from close ties.

During their trip through the Netherlands, Desi Anwar also spoke with INYS President, Rennie Roos in Amsterdam about the role of the youth within this special bilateral between Indonesia and the Netherlands.

Did you miss Face2Face with Desi Anwar? 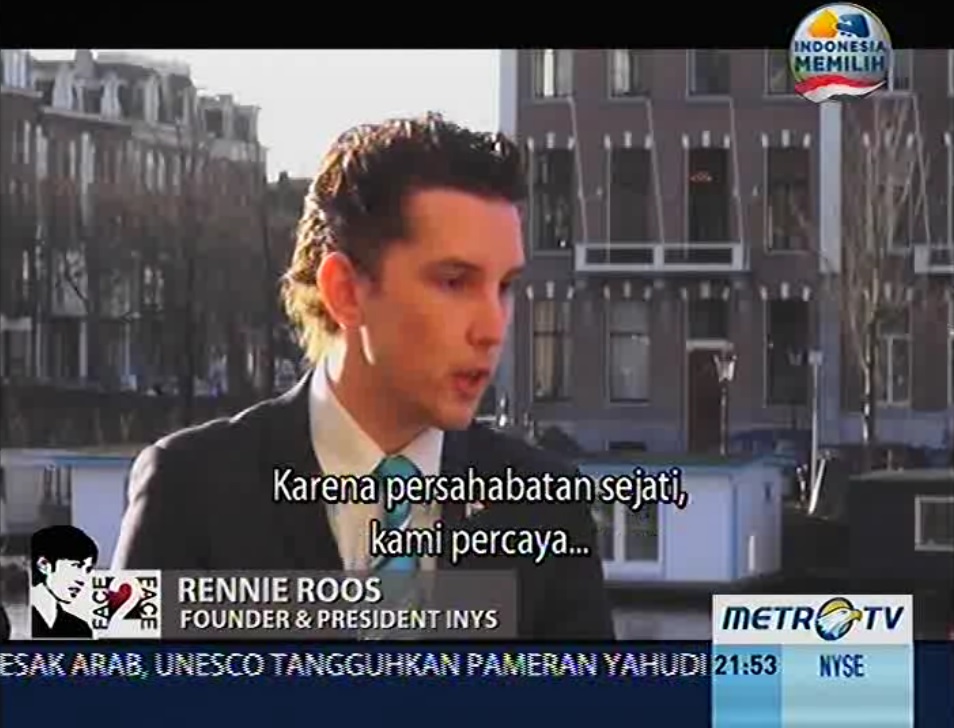