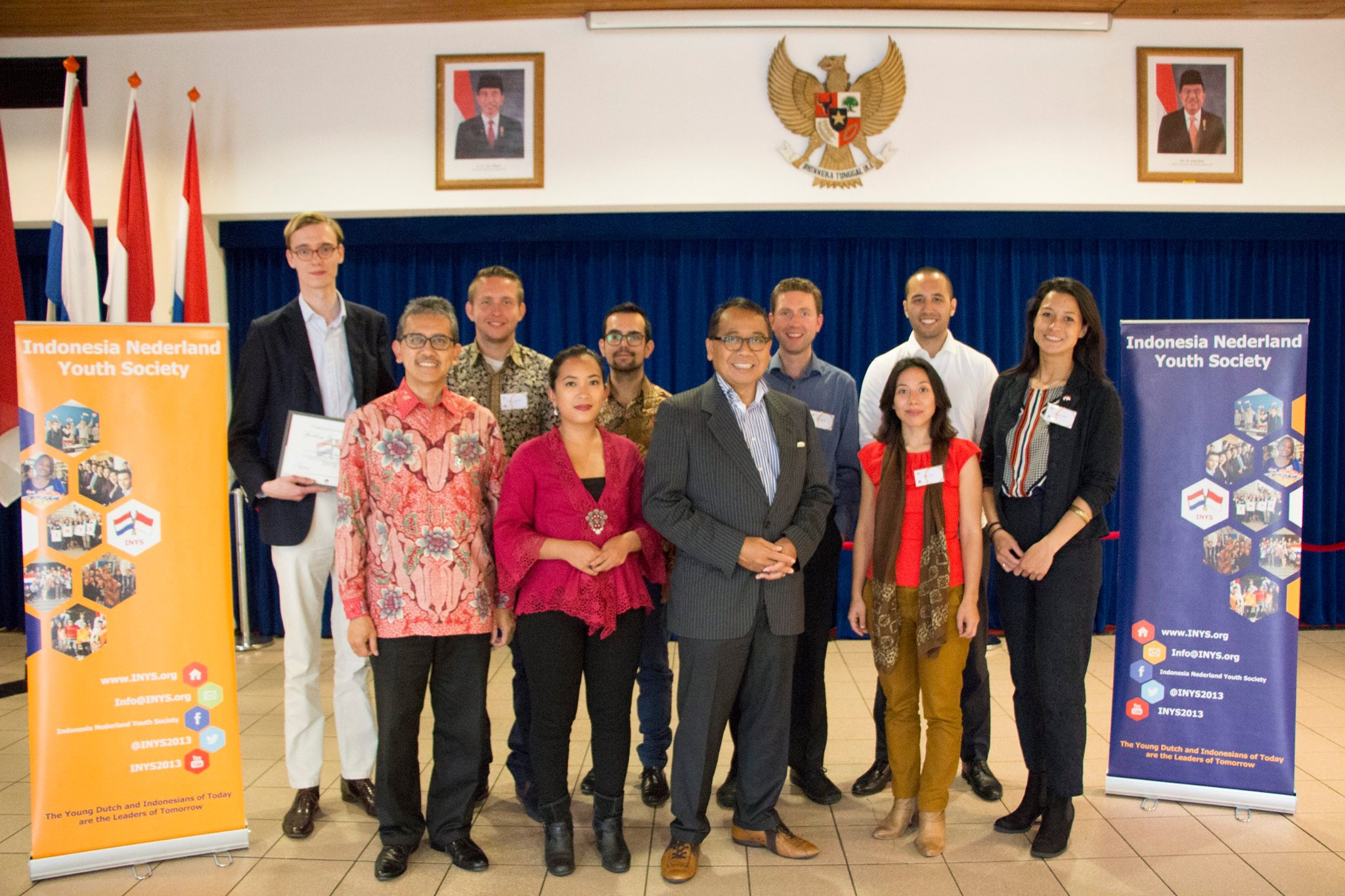 On Saturday 18 June 2016 the Indonesia Nederland Youth Society (INYS) organized the second edition of the Speaking Competition in collaboration with the Embassy of the Republic of Indonesia to the Kingdom of the Netherlands and sponsored by Rumah Budaya Indonesia.

The INYS Speaking Competition was a unique opportunity for nine talented and motivated students and young professionals to hold a speech in Bahasa Indonesia, as a foreign speaker, and shine their light on the bilateral relationship between Indonesia and the Netherlands.

The Speaking Competition is organized for the second time after a successful edition in 2015 and is held in line together with 19 other countries, such as: United States, Australia, the Philippines, India, the United Kingdom, Japan, Germany, Malaysia, Egypt, Myanmar, Papua New Guinea, France, Saudi Arabia, Singapore, Thailand, Timor-Leste, Turkey.

The overall theme of the Speaking Competition was “Bahasa dan Budaya Indonesia” (Indonesian Language and Culture) and has been established through guidelines drawn up by the National Board for language development, at the Ministry for Education and Culture. The theme was broken down in the following sub-themes:

(It is nice to learn about the Indonesian Language and Culture)

(The role of Indonesia in the ASEAN region)

Since the INYS is about enhancing the bilateral relationship between Indonesia and the Netherlands the participants had to incorporate a bilateral perspective in their speech.

The Speaking competition was held on Saturday June 18, 2016 at the Aula of the Indonesian Embassy in The Hague. Participants who made it to the final received the opportunity to improve their speech through a Public Speaking Workshop, facilitated by trainer Emma Bakels. The workshop provided an opportunity for each participant to learn about body language, tone of voice, structure of speech, public engagement and how to overcome stage fright.

At the opening session the Ambassador of the Republic of Indonesia to the Kingdom of the Netherlands, H.E. I Gusti Agung Wesaka Puja, expressed his appreciation for the organization of the Indonesian speech contest to foreign speakers, which will have a positive impact on the close friendship among the two nations. Chair of the INYS, Andhika Rutten, stresses the importance of fostering the young generation, the prospective future ambassadors of the nation. Andhika also spoke about the opportunity for the Indonesian Speaking Competition to strengthen the relationship between the young generation of Indonesia and the Netherlands, in particular through the opportunity to get to know more about the language, traditions, cuisine and culture of each country.

Contestants were judged by a jury that consisted of the following three persons, namely: Education and Cultural Attaché in the Hague, mr. Bambang Hari Wibisono; Ph.D. Candidate Linguistics from Leiden Universiteit, Nazar Nazarudin; and Chair of INYS Andhika Rutten. Criteria for the speech included: spoken fluency of Bahasa Indonesia, correct use of grammar, content of the speech, the use of a pause at the right moment to deliver a speech, gesture/mimic/position, tone of voice and speech time management.

After the meeting of the jury, the results were announced:

* Bram Berhitu, as the winner of the category of the Best Speaker

Subtheme: Senangnya belajar Bahasa dan Budaya Indonesia (It is nice to learn about the Indonesian Language and Culture)

* Merie Limin, as the winner of the category of the most Creative Speaker

Bram is a diplomat at the Ministry of Foreign Affairs of the Kingdom of the Netherlands. Merie has background in the field of Education. Both winners received a retour ticket Amsterdam-Jakarta to attend the 71 th Independence Day ceremony at the Presidential Palace in Jakarta, on August 17, 2016. In addition, along with the winners of 19 countries, they will also have the opportunity to visit tourist attractions in Yogyakarta.

For more pictures of the event, please click here

The Indonesian Nederland Youth Society (INYS) aims to strengthen the bilateral relationship between Indonesia and the Netherlands, focusing on youth as the next generation. Events are organized at political, economic and cultural level to provide students and young professionals the opportunity to expand their network and knowledge.
For more information take a look at www.inys.org or at the INYS Facebookpage