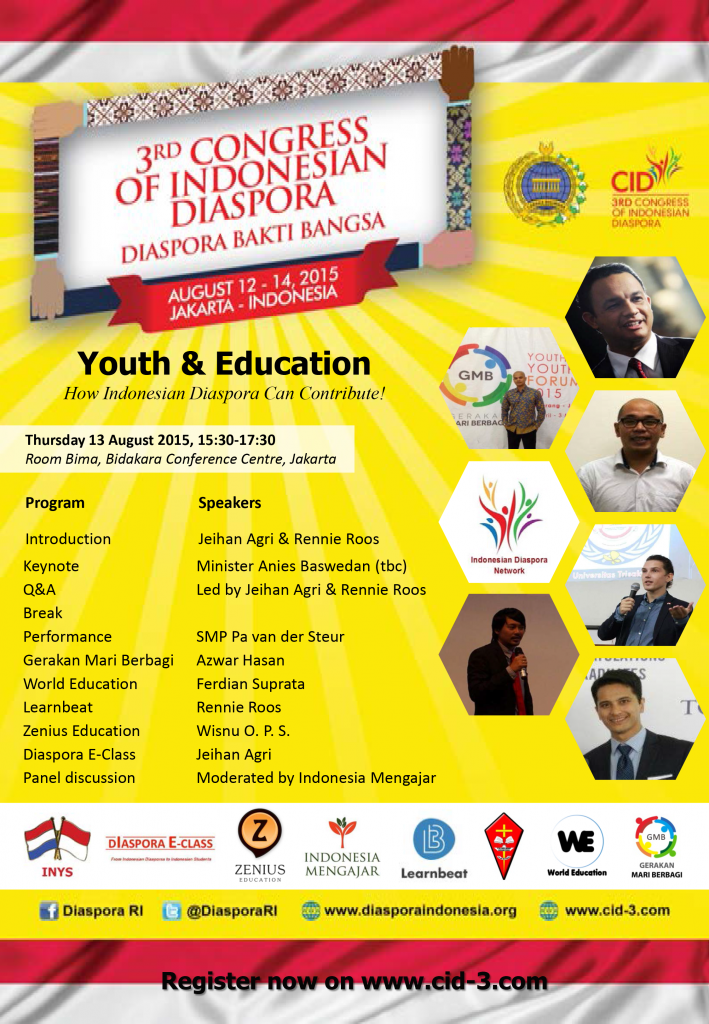 Day two of the 3rd Congress of Indonesian Diaspora on Thursday, 13 August 2015 was a well-organized, valuable, and stimulating event. The breakout session organized by INYS themed “Youth Forum: Today’s Youth, Indonesia’s Future” conducted in the Bima Room at 16.00 WIB hosted a performance from SD and SMP Pa van der Steur students as a welcoming remark. With a slight delay of 30 minutes, the Minister of Education and Culture, Bapak Anies Baswedan, arrived to deliver the keynote speech. The Minister, who is well known as a captivating speaker, was able to ignite the enthusiasm of the audience by reciting the story of Indonesia’s founding fathers when defending the nation’s independence and addressing the sense of ownership towards its nation as a quality that youth needs to possess nowadays. “Youth needs to be involved. When you do positive things, other people will follow,” were encouraging words by Anies Baswedan.

There were around a 100 people in the audience; the majority being youth ranging in age

, representing themselves and their community. After a great keynote speech, the session resumed by inviting five panelists to the stage: Azwar Hasan from Gerakan Mari Berbagi, Ferdian Suprata from World Education, Rennie Roos from Learnbeat, Wisnu O.P.S. from Zenius Education, and Jeihan Agri from Diaspora E-Class. The session was moderated by Shofi Awanis from Indonesia Mengajar. All panelist gave a five minute introduction of themselves after which the moderator invited the audience to join the discussion with the panelists. Most of the audience was not only challenging the ongoing projects but also spotlighting the opportunities of involvement for youth in it. The issue of technology access to remote areas in Indonesia was also part of the main discussion. Every panelist gave their opinion and shared their project approach in dealing with this issues. The discussion has helped to identify the urgency and opportunity for Indonesian diaspora and youth to contribute to Indonesian development, regardless of the challenges. One member of the audience, a Diaspora who comes from East Indonesia, shared his volunteering experiences. He encouraged the forum to pay more attention to education improvement initiatives all over Indonesia. 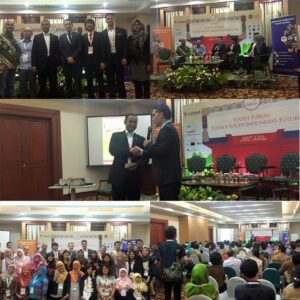 The discussion was initially designed to engage youth, being a global citizens, to take part in civil society movements. After the session ended upon the time limit, some of audience actively approached the panelists to follow up on their thoughts and explore further collaboration. In a world where Indonesian youth and diaspora are spread out everywhere, inspiration and networking was a great benefit from this breakout session.