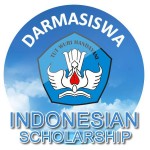 Darmasiswa RI program is a scholarship program offered by the Indonesian government to foreign students from countries which have diplomatic relationship with Indonesia to study Bahasa Indonesia, traditional arts and culture of Indonesia (Culinary, Tourism). The candidate is allowed to decide the higher institutions (universities) which carry out the program.

DARMASISWA is a non-degree scholarship program offered to all foreign students from countries which have diplomatic relationship with Indonesia to study Bahasa Indonesia, arts, music, crafts and particular subject in 53 selected Indonesian Higher Education Institutions in different cities in Indonesia. This program organized by the Ministry of Education and Culture (MoEC) in Cooperation with Ministry of Foreign Affairs (MoFA).

The main purpose of the Darmasiswa program  is to increase and foster interest in Bahasa Indonesia and Indonesian culture among citizens from other countries. It has also been designed to enhance mutual understanding and provide stronger cultural link among different countries. The interest of international students to participate in this program keep increasing year by year, especially in the last five years as can been seen as the following table. Darmasiswa Scholarship Program  is conducted in two schemes, i.e: