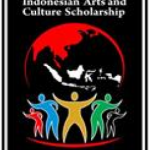 The Indonesian Arts and Culture Scholarship (IACS) has been conducted since 2003 and was initially offered to and participated by member countries of the South West Pacific Dialogue (SwPD); Australia, New Zealand, Papua New Guinea, the Philippines, Timor-Leste, and the host Indonesia.

Bearing in mind the significance and advantages obtained from the program, the scholarship was expanded over the years to include member countries of ASEAN, ASEAN+3, PIF countries, as well as many countries from all regions in the world. In the period of 2003 to 2015, the scholarship has been awarded to 658 alumni from 60 countries.

Due to the limited space and the vast amount of interest in the program, the Ministry of Foreign Affairs of the Republic of Indonesia in cooperation with Indonesian Embassies and Consulates overseas, hold a series of selection process. Taken into considerations are, among others, the awardees’ background, gender, regional representation and the interest to learn Indonesian culture.

In order to deepen the awardees’ understanding of Indonesian arts and culture, and to enhance their skills for the final performance, awardees will be divided and assigned by the organising committee to different arts centers for the duration of approximately 3 (three) months. The arts centers are located in 4 (four) cities, namely: Denpasar, Bali; Makassar, South Sulawesi; Surabaya, East Java and Padang, West Sumatera.

Awardees will live within or around the arts center, allowing for the chance to experience the local heritage and interact with the local community. Synergy between theory and practices shared inside and outside the arts center would undoubtedly become the driving force for shaping international cultures and norms, and will eventually strengthen regional as well as global understanding and cooperation at a people-to-people level.

The program serves to demonstrate Indonesia’s commitment as an initiator of the establishment of South West Pacific Dialogue and as the originator member of ASEAN in advancing the social culture cooperation in the region. The program also has an objective to encourage better understanding amongst participants from member countries through Indonesia’s immensely diverse arts and cultural heritage. Finally, the programme aims to cultivate a culture of cooperation, emerging from direct contact and sharing of cultures amongst people involved in the program, leading to thriving diplomatic relations in the region and worldwide.

The non-degree arts and culture scholarship is offered for three months period of time, starting on 8 May to 21 August 2016.

Each arts centre will also arrange special visit to several historical places as well as renowned tourist destinations for awardees.

Prior to their residency at arts centres, awardees should participate in one week orientation in Jakarta and will learn issues such as the Aim and Objectives of the Scholarship; Introduction to Indonesian Culture; Indonesian contemporary arts and cultures, Information about the activities and curriculum offered by the art centers, etc.

The scholarship will cover:

For Indonesian applicants, the application form could be sent to:

The Embassy of the Republic of Indonesia

The applications should be received by the Ministry of Foreign Affairs of Indonesia/Embassies/Consulates on 20 January 2016, at the latest.

1.    Candidates should be a single,  between the ages of 21 to 30 years-old with at least a high school diploma;

2.    Candidates should possess high interest and talent in arts. Arts students or those with an academic history on Indonesian culture are encouraged to apply;

3.    Bearing in mind the intensity of the program, candidates are highly advised to ensure prime physical conditions, particularly for female candidates to ensure that they do not conceive prior and during the program;

4.    Participants must arrive in Indonesia a day before the Orientation Program.

5.    Participants must follow the whole program, including orientation program and Indonesian Channel.

6.    Candidates must complete the application form  and submit it along with the followings:

3)    A photo-copy of passport with validity period at least two years;

a.    the willingness to be subject to Indonesian laws and regulations during his/her stay in Indonesia;

b.    the willingness to follow all the rules and regulations set up by the organizing committee and art centers;

c.    the willingness to accept the facilities provided by the organizing committee and arts centers and stay at the designated accommodations;

d.    not to work or be employed for financial benefits during the program;

e.    the willingness to follow the travel arrangements arranged by the organizing committee;

f.    the willingness to participate in all the program arranged by the organising committee and art centers, unless, during the program, declared unfit by a qualified medical practitioner;

g.    the willingness to leave Indonesia after the closing ceremony, at a date determined by the organizing committee.

h.    The willingness to pay penalty and to finance my own travel expenses, should I withdraw my participation during the course of the program.

7.    The programme will include Indonesian language lesson.  A mastery (be it minimum) in Bahasa Indonesia will be an advantage for candidates, but is not a main criterion for the programme, meanwhile basic skill in English is compulsory.